Gloria Gaynor: The disco diva steps into the gospel arena 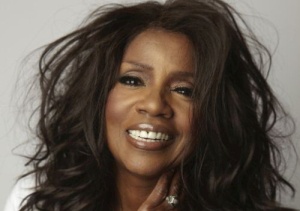 We spoke to the "I Will Survive" singer about her 'Testimony' album.

Sing the lines "At first I was afraid, I was petrified" and immediately the name Gloria Gaynor springs to mind. However, despite the 1979 Grammy-winning megahit "I Will Survive" becoming her signature tune with its now classic piano intro and defiant lyrics, the New Jersey-born singer has had a long and fruitful career that stretches way beyond what many regard as one of the greatest recordings of the 20th century.

Born Gloria Fowles in 1947 in the New Jersey city of Newark, the young Gaynor fell in love with music by listening to the radio and watching her brothers perform as a gospel quartet. Following a stint singing in nightclubs, Gaynor joined R&B band the Soul Satisfiers in the 1960s before releasing her first solo single "She'll Be Sorry" in 1965 for Jocida Records owned by singer Johnny Nash. Success would eventually come 10 years later when she signed to MGM Records with the release of 'Never Can Say Goodbye' - an album which, thanks to its title track, became pivotal in helping to launch the burgeoning disco scene in America.

However, disaster would strike in 1978 when Gaynor fell backwards over a stage monitor whilst performing at New York City's Beacon Theatre and became temporarily paralysed from the waist down. Having to endure spinal surgery and a lengthy hospital stay, Gaynor lost her income and apartment and very nearly her record contract until, at the eleventh hour, the label decided to retain the injured singer. Wearing a neck brace and far from fully recovered, Gaynor would go on to record the fittingly-titled "I Will Survive" which, with its message of resilience and empowerment, has become something of an anthem for millions of people of all walks of life across the globe.

Caught up in the temptations brought on by her newfound wealth and fame, Gaynor would soon venture down a path of drugs and alcohol misuse before, in 1982, she rediscovered the Jesus she heard her brothers sing about when she was a child. Gaynor has gone on record to say that she "literally felt the Holy Spirit grab me by the collar, stand me on my feet and say 'that's enough'" and that turning point would see her form a lasting relationship with Christ - one that resulted in the release of the Christian-themed 2013 album 'We Will Survive'. Her latest album 'Testimony' continues to tell of the singer's faith and, with the help of in-demand producer Chris Stevens (TobyMac, Mandisa) and a revolving door of guest artists including blue-eyed soul singer Mike Farris, MercyMe's Bart Millard and gospel star Yolanda Adams, has received almost universal acclaim since its release on the Gaither Music Group label back in June this year.

We caught up with Gloria on a long distance phone call on her return to the US following a series of concerts in Spain - one of which attracted an impressive 35,000-strong crowd which shows, alongside her new album, that this particular music legend still has what it takes.

I suggest that her vocals have never sounded better with performances from the septuagenarian that would put singers 40 years her junior to shame. "I believe that the Holy Spirit was lifting me, inspiring me and empowering me on this album and I was calling on the Spirit on every track," she humbly responds before deferring to the album's guest artists - amongst them Bart Millard, Yolanda Adams and Jason Crabb. "Each one of them brought something unique because of their own individual talents but the Spirit of God was certainly on each one of them. We prayed before each session and they just brought it - they brought everything they had to those songs."

The album opens with a radically augmented take on the old hymn "Amazing Grace" and it appears to be a stand out track for Gaynor. "Doing 'Amazing Grace' was such a highlight for me and it's my favourite track on the album because I've lived every word of that song," she comments. "For instance, the first line goes 'there was a time when I was broken/I didn't know which way to turn/I was paralysed' and that actually happened to me. It was a long time ago but it has affected the rest of my life and I will never forget it. I had fallen on stage at a performance at the Beacon Theatre in New York City and I jumped back up, finished the show and went home. I woke up the next morning paralysed from the waist down. It was a very frightening experience and I lost everything when that happened. I was in hospital for three months with no work and therefore no income. I was unable to pay my rent and I lost my apartment. I was in a pretty bad way but God - and I love that expression 'but God' - came through for me. Without his mercy and his grace, I don't know how I would have come through that."

We suggest that "Back On Top", the next track on the album, is also a very personal song. "'Back On Top' is very autobiographical," Gloria confirms. "I was basically writing about what I'd lived through. You can write fiction in your songs but if you sing about what you've been through, I don't think anything touches the human heart more than that."

In terms of touching people's hearts, Gloria is very clear where her calling lies with her decision to continue playing mainstream venues following her conversion to Christianity in 1982 being a crucial one. "I realised a long time ago that my ministry is not to the church," she states. "I feel quite happy with that because Christ's ministry was not to the church either. I feel quite honoured that the Lord has trusted me with the responsibility of playing to folks outside of Christian circles and it's just something I have to do. It's absolutely a calling."

Whilst talking about the 'Testimony' album, it's clear that there's something of an elephant in the room and we turn the conversation to the song that Gloria Gaynor is most famous for. Written by Freddie Perren and Dino Fekaris and recorded by Gaynor in 1978, the Grammy-winning disco anthem "I Will Survive" would go on to sell in excess of 14 million copies worldwide whilst becoming one of the most celebrated songs in the history of popular music. "Well, you know, it's kind of a double-edged sword but I think it's more of a blessing than a burden," states Gloria in matter of fact fashion. "It became more of a blessing to me when I began to understand that 'I Will Survive' has given me my platform. That song has ushered me into places and areas that I might not have ever been able to gain entry to without it and that in turn has allowed me to share the love and mercy of Jesus."

Given that she has been in the public consciousness for nearly 45 years, why has it taken Gloria so long to finally release a record that reflects her gospel upbringing? "I never thought it would take this long to make a gospel record but, you know, God's timing is perfect," she admits. "I actually did a gospel album a few years ago on my own because I couldn't find anybody else to help me with it and it did absolutely nothing. I think that was because it wasn't within God's timing. That taught me a lesson - if you go ahead of God, you'll find yourself out there alone. He told me so many years ago through a point blank Scripture from Thessalonians that I had the need of patience. He really does know what he's talking about!"

With versions of classics like Thomas Dorsey's "Take My Hand, Precious Lord" and the aforementioned "Amazing Grace" nestling next to a whole host of new Gaynor material, we ask what her gospel music influences were growing up, fully expecting her to reel off names like Mahalia Jackson, Dorothy Love Coates and Clara Ward. "Those artists were not so much of an influence on me because my original influences came from my brothers. When my brothers were younger they formed a group and, even though they never sang professionally, most of the material they performed was gospel music. My love of gospel music originated with them and the music they listened to. Of course, if they were going to sing that kind of music, they weren't going to sing stuff that was done by women and so the Blind Boys of Alabama, the Five Blind Boys of Mississippi and Sam Cooke and the Soul Stirrers - all those great male gospel groups - are the ones that I first heard."

In closing, we ask Gloria what keeps her going at a time in her life when she could be excused for taking it easy. "The audience's response is what keeps me going - not just during the concert but afterwards when they write to me on Facebook and Twitter and letters they send me," she answers without hesitation. "That keeps me going and it adds meaning and purpose to my life. All of that lets me know that I've not missed my calling and what I'm doing is really making a positive difference in people's lives."